The Disney stars are literally sparkling in this nighttime parade of lights and music.
With Mickey and his pals, including characters from Aladdin, Toy Story and other Disney films, appearing on colorful floats, nighttime in the Park is even more fantasy-filled.

- This parade will be presented in an alternate version to conform with the health and safety measures.

When "Tokyo Disneyland Electrical Parade Dreamlights" is canceled due to rain, the mini parade "Nightfall Glow" will be presented instead.
Minnie Mouse, Daisy Duck and their Disney Friends want to have a lovely time, especially when it rains! They appear in this shimmering interlude of lights aboard floats that glow in a rainbow of colors to light up the Park on a rainy night.
The parade starts in Toontown, proceeds around the Plaza and through Westernland, and exits through Fantasyland.

- The performance may be canceled due to strong winds or other weather conditions. Please contact a Cast Member on your day of visit for the latest information.

When Viewing Shows and Parades 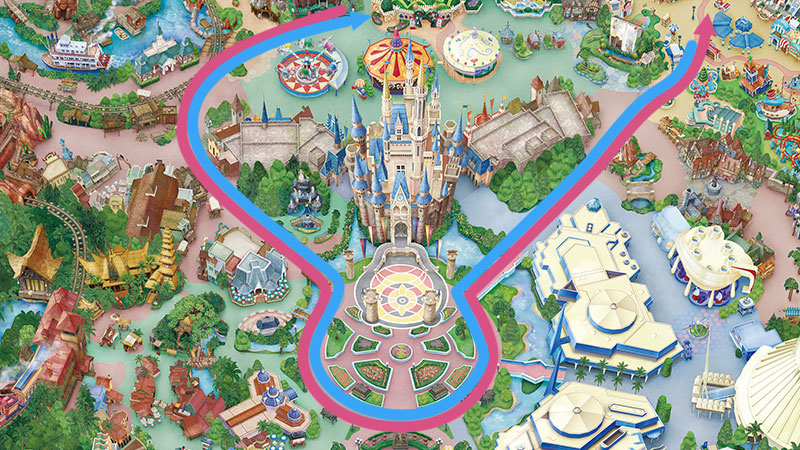 Temporary Closure of Park Facilities
- All photos are concept images.
×